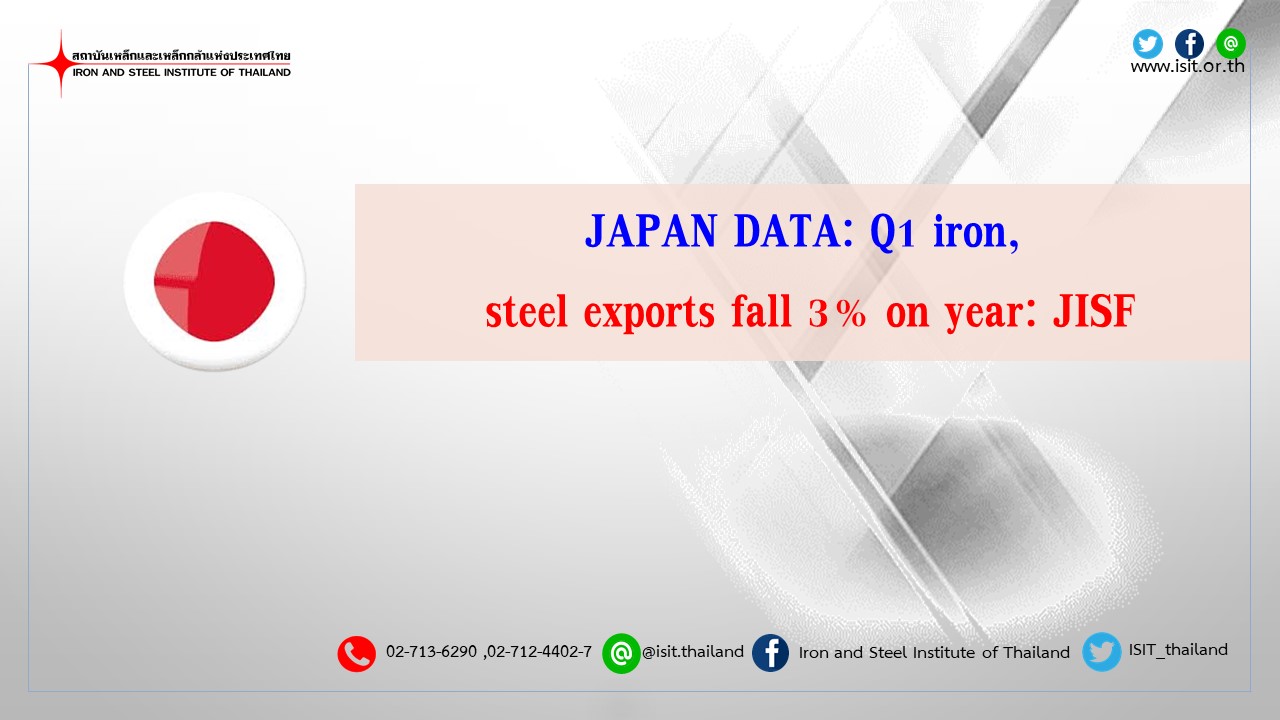 The fall was a result of lower exports to main destinations such as China, Taiwan and Thailand.

Exports to China were lower on the back of a slowdown in the Chinese manufacturing activity in March as shown by the Caixin manufacturing purchasing managers’ index. The index contracted to a 25-month low of 48.1 in March from February's expansion of 50.4.

The January-March total was summed up after March exports dipped 0.3% year on year to 3.14 million mt, also led by lower volumes to China, Taiwan and Thailand.

The fall in exports is expected to continue into Q2, as Japan's Ministry of Economy, Trade and Industry projected that exports would reach 6.9 million mt, down 0.4% from the year before.

The ministry cautioned that demand, especially from vehicle manufacturers, could decrease further owing to a shortage of semiconductors and the effects of the Russian-Ukraine war.