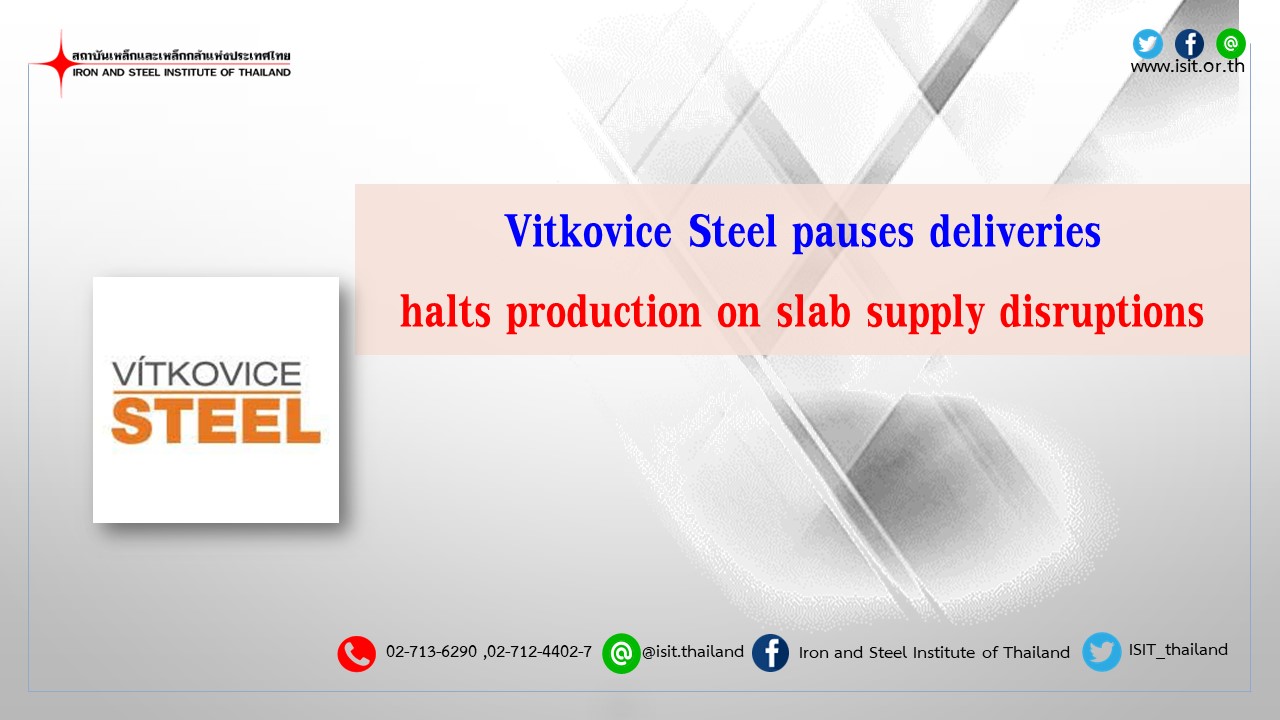 The Czech Republic's heavy plate re-roller Vitkovice Steel has notified its customers that it will pause deliveries due to impacts from the EU's April 8 sanctions against Russia, according to a letter sent by the mill to its customers early in the week and seen by S&P Global Commodity Insights.

The sanctions, announced by the EU on April 8, resulted in slab supply disruptions, and as a result, “the quarto mill will be presumably halted for 10-12 business days,” the letter said. Consequently, shipments of the plate will also be delayed.

The round of sanctions against Russia included measures against JSC GTLK, the owner of the carrier vessels Astrol-2 and V. Smyslov. The vessels carried 15,400 mt of slab that were supposed to be unloaded in Gdansk and Szczecin ports in Poland “last weekend,” the letter said.

“The above mentioned restrictions came into effect immediately, without any grace period,” the steelmaker said.

“The vessels’ captains had no other option but to turn back to their loading port, where they will be ported again and the goods will [be] re-loaded onto another, safe vessels," the letter said. "Even if we are doing our best to find alternative vessels with safe ownership (which is a challenge by itself due to the dynamically changing circumstances) this incident will lead to short-term raw material shortage at our plant."

In Northern Europe, the assessment for heavy plate was stable at Eur1,800/mt ex-works Ruhr on April 29. On May 5, a German distributor said that prices for plate in Northern Europe were Eur1,700-1,800/mt ex-works, and that absence of the Vitkovice Steel that has traditionally been focused on sales to Germany is likely to support the prices.