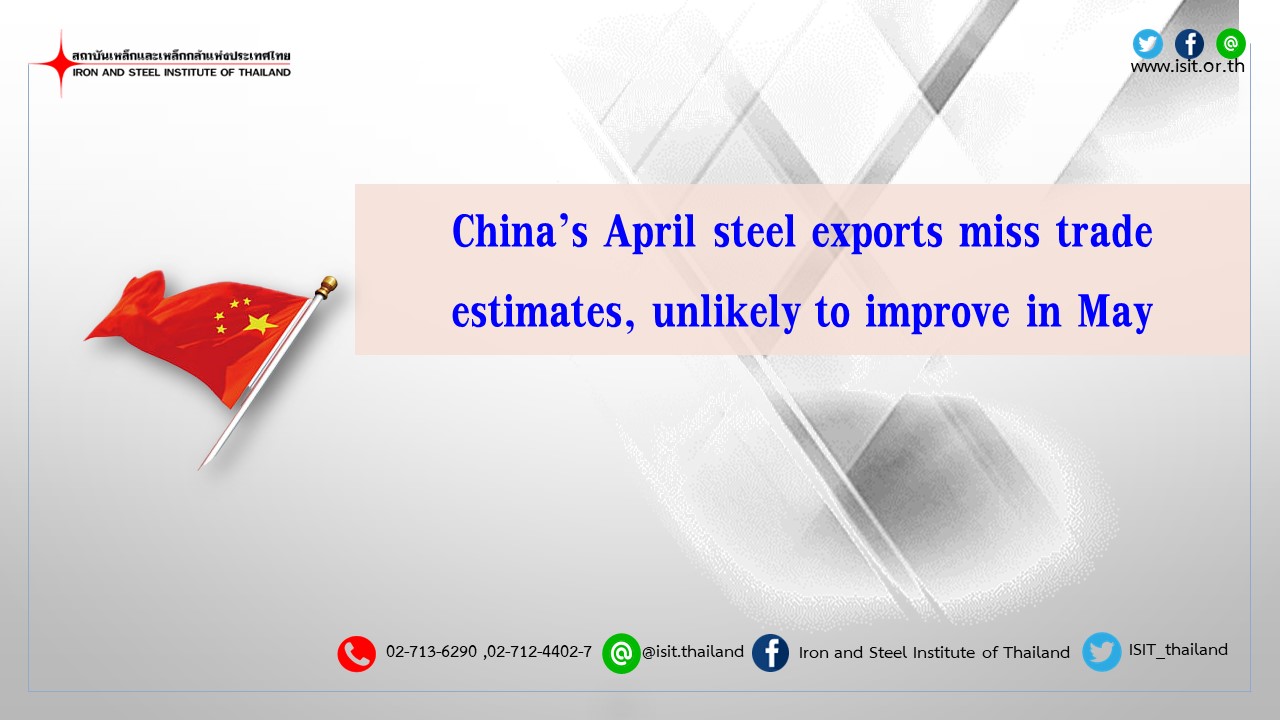 Exports in May are unlikely to improve significantly as shipment delays have continued this month, sources said.

Given strong overseas orders received in late-February and March, April’s finished steel exports could have reached at least 6 million-7 million mt, but port logjams due to the outbreaks chipped away some shipments, according to sources.

Operations at major ports in northern China, such as Tangshan and Tianjin, as well as those in eastern China like Shanghai and Zhangjiagang, have faced disruptions since April due to pandemic-led restrictions, sources said.

“Zhangjiagang city has cleared COVID-19 cases by the end of April, but the port is currently still subject to some social gathering restrictions, making shipments still slow,” a source added.

In addition to delayed export shipments in April and May, market sources were also concerned about export orders that have been shrinking since April.

In April, China’s imports of finished steel hit the lowest level since August 2019 at 956,000 mt, down 5.4% on the month and 18.6% on the year. This was partly because of poor domestic demand while disruptions in port logistics also weighed on imports, sources said.

China’s total steel imports in January-April reached 4.174 million mt, down 14.7% on the year, according to customs data.