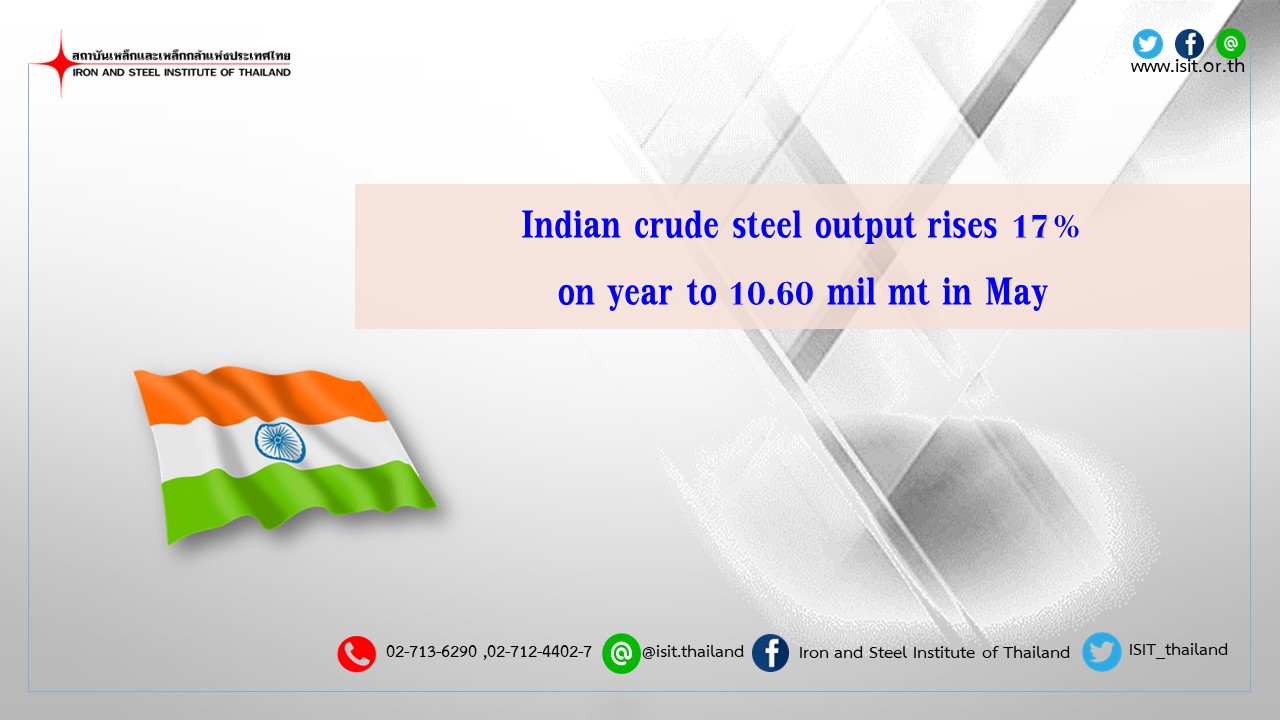 India's production of crude steel rose 17% on the year to 10.60 million mt in May, data from the Joint Plant Committee showed June 4, due to an increase in domestic production capacity.

The increase also took place amid strong demand from the Indian manufacturing sector as shown by the S&P Global India manufacturing purchasing managers’ index which stood at 54.6 in May, almost unchanged from 54.7 in April.

Despite a shortage of semiconductor chips, domestic vehicle makers such as Maruti Suzuki had a higher demand for automotive steel as its May production more than quadrupled to 164,859 vehicles from 40,924 vehicles in May 2021.

"The shortage of electronic components had a minor impact on the production of vehicles during the month," Maruti Suzuki said June 1, adding that the May figures were not comparable with that of "May 2021 as the operations of the company in May 2021 were significantly affected due to COVID-19 related disruptions."

JSW Steel had also fired up a second blast furnace at Dolvi in the state of Maharashtra on Oct. 3, 2021, doubling the Dolvi Steel Works production capacity to 10 million mt/year and contributing to the overall capacity increase.

India's overall crude steel production for the first two months of its financial year (April-March) rose 11.5% from the year before.

India's exports of finished steel fell 39.5% on the year due to poor demand while imports fell 3.6%.

Exports are expected to continue to fall in June as India hiked export duties on several ferrous products such as iron ore and steel effective May 22. Flat-rolled and long steel products were mostly hit with a 15% duty where previously there was none applied. 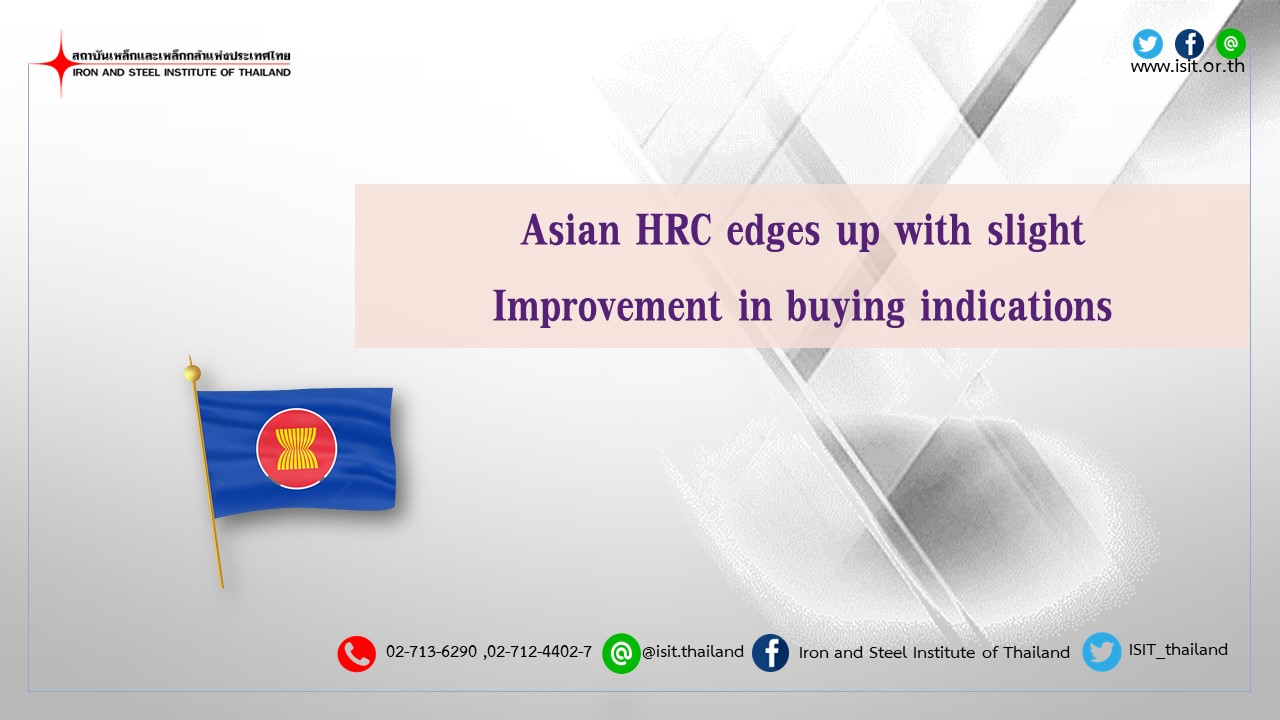 Asian HRC edges up with slight improvement in buying indications 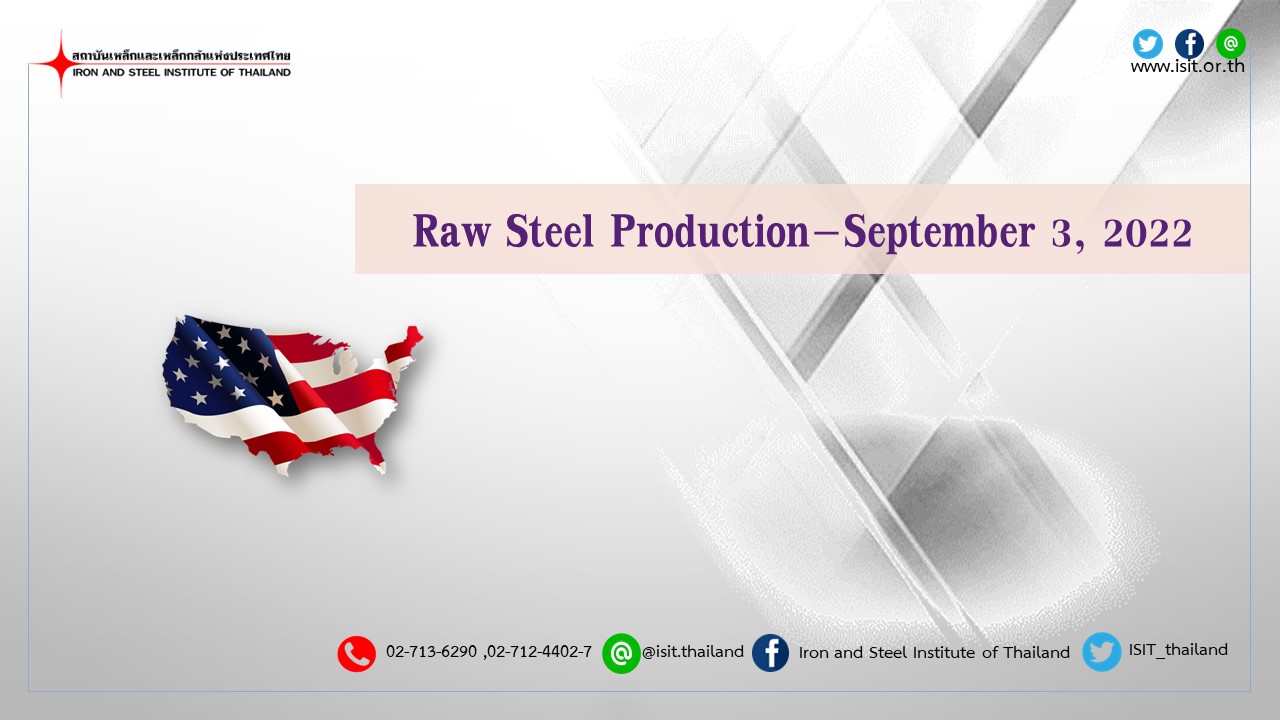 06.09.2022
The information in the above report, publication and website has been obtained from sources believed to be reliable. However, Iron & Steel Institute of Thailand does not guarantee the accuracy, adequacy or completeness of the information. Any opinions or forecasts regarding future events may differ from actual events or results. In addition, Iron & Steel Institute of Thailand reserves the right to make changes and corrections to the information, including any opinions or forecasts, at any time without notice.
Iron and Steel Intelligence Unit
About US
News
Journals and Reports
Steel Industry Support Information
Statistics
© 2015 IRON AND STEEL INSTITUTE OF THAILAND. ALL RIGHTS RESERVED.
Tel. 02-713-6290-2, 02-713-6547-50, 02-712-4402-7     E-mail : info@isit.or.th